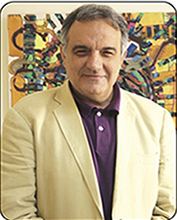 Armando Jorge Lopes, Professor Catedrático (Full Professor) Jubilado, who holds a BA Hons in Modern Languages [Maputo/UEM, 1978], an MA in ELT & Linguistics [York, UK, 1982], a PhD in Applied Linguistics [Wales, UK, 1986] & post-doctorates in Applied Linguistics [USC, California, 1991 & Cambridge, UK, 1993], has been involved in language teaching and culture research for 50 years—as a private tutor for English [1967-68], a high school teacher [1972-77], University lecturer, researcher and manager [1977--] and Catedrático (Full Professor) [2001--] at the Eduardo Mondlane University in Mozambique. He has taught doctoral and post-doctoral programmes in Mozambique and other countries in Africa, in Europe and in America (Brazil & USA). At the UEM, he has served as Pro-Vice-Chancellor for Pedagogic Affairs [1987-90], Deputy Dean of the Arts Faculty for Research [1993-96], Head of the Linguistics & Literature Department [2001-04], and Dean of the Faculty of Arts and Social Science [2007-2012]. He has also served as Deputy Vice-Chancellor (Academic) of the Polytechnic University in Mozambique [2015-17] and in 2021 he went back again to this Institution with a view to being responsible for the Central Office for Quality of Teaching and Research, as well as an Advisor to the Vice-Chancellor. Was appointed Editor-in-Chief of LASU, the Linguistics Association for SADC Universities [1990-95], and has carried out simultaneous interpretation and translation tasks at SADCC and other political and economic institutions in Mozambique and elsewhere [1975-94]. Has published 12 books and monographs and about a hundred refereed pieces in national and international periodicals. His academic interests include Applied Linguistics, Portuguese Teaching, English Teaching, language research methods, curriculum design, lusophony, cognitive psychology, contrastive rhetoric, discourse analysis, idiomaticity, language policy and planning, literacy and lexicons of usage.